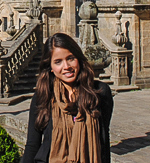 After graduating from York, Ivania decided to put her studies on hold for one year in order to travel and work in Spain. "It was the best decision I could have made! This experience has been complimentary to my education received at York University because I'm able to put my knowledge and skills to practical use. Furthermore, it has enhanced my knowledge of not only Spain but other European cultures and societies as well." During her year abroad so far, Ivania has spent time in Galicia and Catalonia and has also been to Portugal, Holland and Germany. She plans to continue to travel throughout Spain while she is Europe.

Spanish at Work... in Spain!

Since her graduation, Ivania has been working as an English teaching assistant for the Spanish Ministry of Education. Her job requires her to interact with students as well as parents and other teachers in their native language. "I rely on the Spanish oral and written communication skills that I acquired at York University everyday." As an English teaching assistant, Ivania gives students and teachers a chance to interact with a native speaker of English while helping to broaden their knowledge of Anglophone countries. In return, students and faculty share their culture and language with Ivania. During her spare time she gives private lessons around the city of Ourense and has also been learning to speak "galego", the Galician language, and reading Galician authors such as Manuel Rivas and Xosé Carlos Caneiro.

"One of the great things about the Spanish Program at York is the networking system. It was through the Department of Languages, Literatures and Linguistics that I found out about this great opportunity to work abroad."

When Ivania returns from Spain, she plans to begin her Master's Degree in Spanish literature. For her graduate work, she intends to research notions of identity expressed in contemporary texts through space. We'll keep you posted on what exciting endeavours Ivania takes on next! 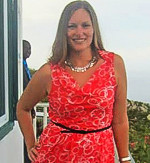 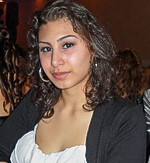 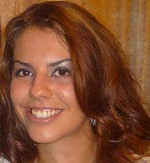 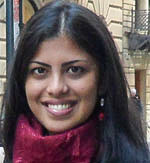 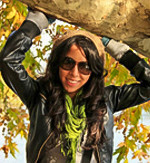